I know, I know, I’m always going on about my wife’s cancer. This one isn’t about her cancer. Well, yes, I suppose it is, but it’s somewhat more universal than that, more about the human psyche and what punishments it can endure.

So if you’re new to this, here’s the long story short: My wife Susan was diagnosed with colon cancer roughly four years ago. Since then we’ve been sailing a ship with only the frailest, most rudimentary of rudders, trying to steer a course through crests and troughs, capricious winds, unexpected reefs and unfamiliar lands – surgeries, radiation, chemotherapy, remission, relapse, more surgeries, metastasis, separation, reconciliation, more and more and more chemo. Through it all, as many of you know, Susan has demonstrated bravery beyond belief.

During the spring and early summer, Susan was in a great deal of pain, her cancer markers were skyrocketing, and the tumors were growing. (The original colon cancer has metastasized to her kidneys, liver, and lungs.) Then she started a new, targeted therapy with the drugs Lapatinib + Trastuzumab which are generally used for breast cancer. In fact, she is the first person in Spain who has received it for colon cancer, so she’s something of a test subject, without actually being involved in clinical trials. Her cancer markers plummeted. Her pain ceased. The tumors started, slowly, to shrink. Riding a crest.

Then, within the span of three weeks, I had to take her to the Emergency Room twice for kidney infections, both visits requiring her to stay for a few days. And this last time, I saw something that I hadn’t seen in her before. Apathy. Or perhaps passivity is a better word. She was so physically tired, so psychologically worn, that during my visits she would simply stare at the bare white ceiling, not saying much of anything. She wasn’t depressed, exactly. Just bone-weary. Battered.

And we began to talk about it. She explained, “When I got here, I didn’t care what they did to me. I just wanted them to make me better. Cut me open, pump me full of drugs, whatever, just make it better.”  And lying there, I think she thought for the first time about the quality of the life she was living. She began to understand why people decide to stop treatment, why people begin to wonder whether the life that they’re living is worth fighting for, or whether the abyss of oblivion isn’t better than this never ending battle. A very deep trough indeed.

Terminally ill people who are receiving treatment have to make these kinds of decisions all the time, of course. And according to Choosing Wisely, an organization that “seeks to advance a national dialogue on avoiding unnecessary tests, treatments and procedures,” “almost half of people with advanced cancer keep getting chemotherapy—even when it has almost no chance of helping them. They end up suffering when they should not have to.” With stage 4 colon cancer, like Susan’s, chemotherapy “is usually palliative. The treatment may extend life by a few weeks or months and may improve symptoms related to the growth of cancer, but it’s not given with an intent to cure cancer. One study found that 69 percent of people with stage 4 lung cancer and 81 percent of people with stage 4 colon cancer didn’t understand that chemotherapy was not at all likely to cure their cancer.” When her doctors announced that there would be no more surgery, that they were treating her cancer as a “chronic condition,” I knew what that meant – chemo until you die.

Or, until you decide that the poisons you’re pumping into your system, and their side effects, are no longer worth it. When you have to make a heart-wrenching choice about your last days and how you want to live them. Many might see it as ‘giving up.’ I don’t. I see it as taking control of the rest of your life, and, really, you’re the only person who can do so.

Last week I told my therapist (yes, I have a therapist, because sometimes you need a competent navigator to steer you through the shoals…sorry, I got off keel and have gone overboard and now I’m just flogging this metaphor right up the mizzenmast like a scurvy sea dog caught between the devil and the deep blue sea) about Susan’s despondency during her latest hospital stay. He assured me it was completely natural, which, of course, I already knew but felt better having someone confirm my own feelings.

Then I told him that she’s planning on taking a ski holiday this winter. He burst out laughing and shook his head. Not derisively, but delightedly. “Please tell Susan she’s made my day,” he said. He finds her courage and optimism astounding and wonderful. Me too.

The day may come when we have to make harrowing, heartbreaking choices about continuing treatment. And that will be, in its own dreadful way, okay. Susan has looked into the abyss and gained empathy for people who decide that enough is enough. But for now the drugs are working and those choices may be a long way off. For now, we’re going skiing.

6 thoughts on “When Enough’s Enough: Decisions about Treatment for the Terminally Ill” 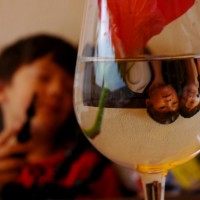