My mother’s boyfriend is moving in with her. Let me parse that sentence a bit.

My mother. My mother is eighty years old, in excellent physical and intellectual health, but, following the death of my father roughly six years ago, has been feeling understandably depressed, obviously lonely, and occasionally crippled by indecision.

My mother’s boyfriend. Admittedly a phrase that I never really expected to utter, and one which still does not exactly fall trippingly off my tongue. My parents were married for well over fifty years. And although in later years we knew that my mother would far outlive my father, I’m not sure any of us thought a lot (or wanted to think a lot) about what that would mean for the many years that would stretch out before her without him.

The boyfriend is perhaps not the man we kids would have chosen for our mother, but that’s not really the issue. He’s the man she has chosen.

My mother’s boyfriend is moving in with her. Ah, that complicates things considerably. There are legal issues at play, considerations of who will care for whom, – and how, and for how long – questions regarding his own children and their rights, responsibilities, desires. Holidays become tricky, as do family visits.

It was all much easier when they maintained separate homes, when things were more comparmentalized,without the messy admixture of their personal belongings, their personal lives. The boyfriend was an actor who generally remained offstage until the audience went home. Now he’ll be right there in the footlights, playing Claudius to my father’s Hamlet before a group of critics all too eager to give bad reviews.

So when she gave me this news, I had to ponder it for a moment. Despite their dinner dates, their romantic holidays, their walks on the beach, my mother still, more often than not, returned every day to an empty home. I imagine her sitting over a dinner she could barely bother to prepare for herself, staring at a row of empty chairs. Going to bed alone. Waking up alone. And thinking, I’ve got maybe twenty more years of this.

Being in a loving relationship has tremendous health benefits – physical, emotional, and psychological. Better mental health, longer life, less illness, less depression, lower blood pressure, less stress – all these and more are found in people who are in stable, long-term relationships.

So after we had waded through the legal and logistic details of the arrangement, I finally simply asked my mother this. “Does he make you happy?”

He makes her very happy.

“And you truly love him?”

She loves him, and he loves her, and when they’re together she enjoys life more.

And so I told her: “Mom, you’re an adult, to say the least. You say he makes your life better. Then what I figure is this: If you find someone to love, and who loves you too, no matter what stage of life you’re in, you should grab onto that with both hands, and hold on as tightly as you can.”

Cheesy, I know. Unforgivably cliche. After I said it I thought maybe I’d heard that line in a movie somewhere. But I suppose it really didn’t matter. I’d meant what I’d said and I stand by it, cheese-whiz or not.

“Late-life love — along with the challenges, joys, and pleasures of re-mating in the later years — continue to enrich the lives of so many,” writes Goldman. “A colleague once told me that those of us in the winter of our lives can still find summer. I knew there was truth in that statement when, in my presence, a woman in her 70s said to her 80-year-old partner, ‘Love me. Hold me in your arms and hold me in your heart.'”

My mother has discovered a bit of Indian summer late in her life. We should all be so lucky. 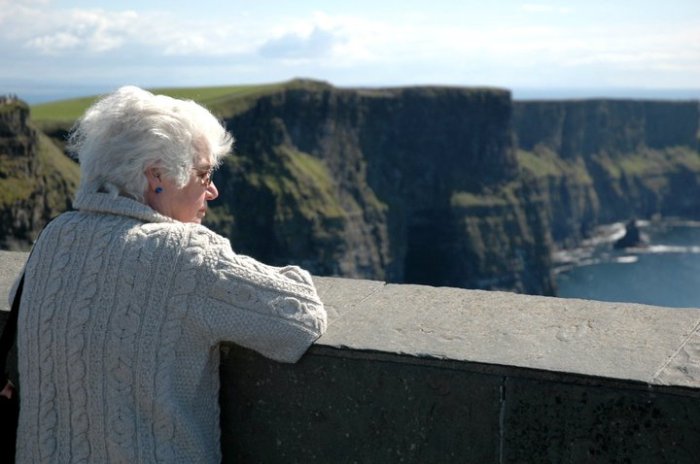 11 thoughts on “Love in the Time of Arthritis”

Leave a Reply to The Champa Tree Cancel reply 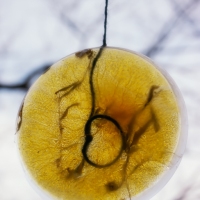