The penis. The source of so much heartbreak, so much misery, so much pleasure throughout human history.

Genghis Khan used his to sire an estimated 1000 – 2000 children, meaning that roughly 0.5% of the world’s human population is descended from good old Genghis.

Louis XVI’s nob was hobbled by phimosis – a condition of the foreskin that makes erection painful and sex impossible – so the first 7 years of his marriage to Marie Antoinette were sexless. (He eventually underwent a simple circumcision and the couple consummated their marriage, much to Robespierre’s chagrin.)

Anthony Wiener just can’t seem to keep his hot dog out of the news, Bill Clinton couldn’t keep his in his pants, and apparently the internet just exploded over unauthorized shots of Justin Beiber’s babymaker.

Then there are the recent revelations about British Prime Minister David Cameron’s illicit love for the swine, allegedly once sticking his pork sausage into the mouth of a dead pig.

Ask our four year-old who his best friend is, and he’ll tell you it’s his peepee. He plays it like a bass cello. Open fret, twang atwang a thunkthunkthunk. While watching nature shows. Twangatwang. While bathing. AthunkthunkboiiING!

Though it’s rather disconcerting when seated next to him on the sofa watching, say, Animal Planet, I just let him have at it. I see no real reason to discourage the behavior, as long as he leaves the thing alone at school or in public.

But what is it about dicks? Or, more specifically, the people who wield them?

Before I launch into this thing, let me get something straight. I am a man and enjoy being one, for a number of practical and other, less quantifiable reasons. I am not a misandrist. (Yup, had to look that one up. The fact that misogyny is a household term and misandry relatively unknown tells us something about our culture, society, religious practices, and much else – exactly what it tells us, though, I’m not quite sure.) I do not dislike men in any way, just as I do not dislike women for any reason. I am an equal-opportunity misanthrope.

But let’s look at some simple facts.

When I was a kid, I remember hearing paternalistic jokes about pathetic ‘women drivers.’ You probably heard them too. But the insurance companies know better.

Who is most likely to be involved in a traffic accident? Men, of course, and most egregiously men between the ages of 17 and 20, who are 7 times more at risk than all male drivers. (To be fair, men tend to drive much more than women – roughly 65% more in the US. That said,even adjusted for this discrepancy men cause a disproportionate share of traffic mayhem.)

A comprehensive study in New York City found that 80% of “crashes that kill or seriously injure pedestrians involve male drivers.” Apparently it takes balls to run over pedestrians.

In the UK, a piece in The Guardian reported that “Home Office figures revealed men are guilty of a staggering 97% of dangerous driving offences and 94% of accidents causing death or bodily harm. On average, men committed nine times as many traffic offences as women, the study found.”

Why? Well, there are of course a number of factors, but the number one reason appears to be the simple fact that men drive more aggressively and take many more risks, making them twice as likely as women to be involved in a fatal accident.

And the reasons for that are complicated – biological, hormonal, and sociological – and beyond the scope of this modest essay. But you could probably boil it down to this statement: Many men, particularly young men, often drive like dicks. 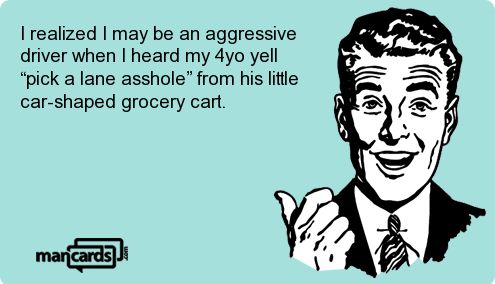 Then there’s crime. And lordy lordy do we men far outshine the ladies in this one. A comprehensive look at the years 1980 – 2008 by the US Department of Justice showed that 90.5% of homicides were perpetrated by men. Over 90%. Well done, guys.

And unless you think it’s only just an American thing, according to the UK’s Ministry of Justice, “men are responsible for 85% of all indictable crimes in England and Wales, 88% of crimes against the person, 90% of murders, and 98% of sexual offences (all for the year to June 2012).”

As Steven Pinker succinctly sums up in The Better Angels of Our Nature, “From the time they are boys, males play more violently than females, fantasize more about violence, consume more violent entertainment, commit the lion’s share of violent crimes, take more delight in punishment and revenge, take more foolish risks in aggressive attacks, vote for more warlike policies and leaders, and plan and carry out almost all the wars and genocides.” Well, bully for us.

It’s not just in violent crime that we men really sparkle, though, as the following graphic from the UK demonstrates.

As you can readily see, women narrow the gap when it comes to fraud and forgery, but men have just about cornered the market on sexual offences. 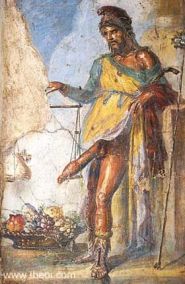 Figure of Priapus from Pompeii

Which brings us back, I suppose, to dicks. Penis worship was widespread in the ancient world, unsurprisingly often associated with fertility rites or generative powers. The Greek figure of Priapus is an excellent example, god and protector of fertility, gardens, livestock, fruit trees, and, of course, penises.

In ancient Egypt the phallus was an important part of the cult of Osiris, and the fertility god Min was generally depicted with his enormous boner in his left hand, a Hustler magazine in his right.

The Romans of course are infamous for their orgiastic celebrations, and images of penises may be found on everything from amulets to bracelets, rings to wind chimes and everything, I mean everything, in between.

The annual penis festival in Kanamara.

Japan is still dotted with fertility shrines packed with prayer penises, and penis parades continue to be held in the country.

All over the world, in fact, one can find deities, cults, parades, parties and festivals that celebrate “the external male organ of urination and copulation,” but we’re straying a bit. (By the way, the opening at the tip of the penis is called, I swear this is true, the “meatus.” Thought you should know.)

But I’m not necessarily talking about dicks literally, or their representations in ancient and modern cultures. I’m more referring to the term in its pejorative sense, as in a person who is rude, inconsiderate, contemptible, or otherwise objectionable.

I’m talking about all of those pathetic little men who feel embittered and embattled by what they perceive as the loss of their male privilege to be insensitive, aggressive, and eternally dominant. “Men are depressed and it’s their own fault, because men are allowing women to take over the world,” laments Fox News panelist Marc Rudov. (Check this out for a mashup of 70 of Fox’s most abhorrent sexist moments.)

I’m talking about something as silly as the recent phenomenon of the unwanted, unsolicited dick pic (a practice so common that there are apps to turn unwelcome wang shots into artwork), to something as harrowing as the incessant, violent, often terrifying misogynist trolling with which female journalists, bloggers, politicians and public figures are constantly barraged. Catholic Voices blogger Caroline Farrow, for example, the wife of a vicar, receives at least 5 sexually threatening emails a day – someone like feminist media critic Anita Sarkeesian might receive thousands.

I’m talking about casual, daily dickisms like ‘manspreading,’ catcalling, slut-shaming. The little ways in which women are diminished in the media, marginalized in the fields of science and technology, held to a double standard in politics. The routine reminders of male dominance that make something like The Everyday Sexism Project relevant and necessary. (You really should have a look at this site – I’d like to say you won’t believe some of the submissions – but if you’re a woman of course you will.)

As parents we wield, at least for much of the most formative years, a tremendous amount of power in shaping how our kids view the world, their peers, and themselves. It’s critically important to take an informed look at these issues and ensure that we’re providing our kids with the information they’ll need to negotiate the troubled waters of gender, privilege, fear, aggression, sexuality and, yes, penises.

Sometimes the messages we send our kids are subtle, unconscious even. I recently heard a friend of mine say to his complaining sons “I thought I had two boys, not whiny little girls.” Hmm…. What message is that sending? To both boys and girls? Watch what happens in this video.

We have two boys, and of course I want them to be happy, fulfilled, successful – everything that parents typically want for their kids. But perhaps my most fervent wish, the thing I think I have to work hardest at, is for them to be kind. For them to be considerate, sensitive, caring, empathetic.

For them, in short, to not be dicks. There are a lot of great guys out there. It’s my job to make sure there are two more. 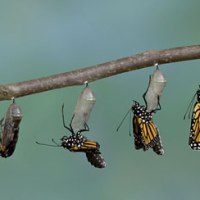