The following is an explicit exposé of the dark, duplicitous underworld of reality television, a tell-all tale of the manipulation of facts, timelines, motivations. It’s pretty stygian stuff, so hold on to your seat.

Truth is, as we live outside the States I’d never even heard of the program, and when a producer got in touch with me through the blog I had to google the thing to make sure it wasn’t just more spurious spam mail.

Turned out it was a real thing. It also turned out that it is one of the most popular cable television programs in the US, each episode garnering millions of viewers. Wow, what you miss when you don’t have 177 channels to spin through daily.

The producer sent me a link, and I watched a handsome young couple browsing multi-million-dollar homes in Helsinki or Copenhagen or something, and wrote to her, “Having watched an episode, I’m not sure that we’re really what you’re looking for.” In short, I told her that we weren’t really interested. We weren’t even looking for a house at the time.

Well, we Skyped and she let me in on what she called “the worst-kept secret in reality tv,” namely that the majority of participants in the show have already found a house, and the show is essentially an imaginative ‘recreation’of the house-hunting process.

In a piece in the Huffington Post, K. Emily Bond concludes (among other things, such as “Reality stars who parade their children in front of reality television cameras as a rule should probably be investigated by child protective services.”) that the fact that HHI is somewhat scripted and heavily edited simply “really doesn’t matter.”

On the website Hooked on Houses, a reader wrote to the site: “I’m surprised more people don’t know how House Hunters really works. I was so mad when I found out!”

First of all, perhaps this person needs to reevaluate the things that incite him or her to fury. Poverty, starvation, the wholesale destruction of the planet – these things make me angry. Reality tv shenanigans do not.

Slate, predictably, took a grimmer view of the issue in an article entitled Why it Matters that House Hunters is Fake, stating that by “showing houses that aren’t even for sale at prices divined by its producers, House Hunters is presenting dangerous misinformation about the home-buying process.”

The article goes on to rhetorically and rather stridently ask, “Doesn’t HGTV have some obligation to portray the housing market as it is, or, at the very least, offer a pronounced disclaimer about the producers’ creative and logistical liberties?”

Well, diving into the home buying process thinking that it’s like an episode of HHI is like basing your marriage decisions on what you’ve gleaned from”Real Housewives” or choosing to become a heavy metal musician because you really enjoy “The Osbournes.” Most sensible people don’t do it.

I’m not sure – as Slate claims without any supporting evidence – that “it seems likely that viewers use the prices, locations, and home criteria discussed on the show as barometers for their own house hunts because the information is presented as fact.” If they do, no doubt they are soon set straight without any lasting damage to their mental or physical well-being.

Anyway, we went into it without any illusions, and this was our experience:

Ultimately, filming the show was an interesting, entertaining experience, and I’d do it again without hesitation. If any of the revelations here have shattered your faith in the world, please, please, pick up the shards of your credulity, paste them together with a mixture of skepticism and good humor, and get on with your life.

And if, even after all of this, you still want to see the episode, well, here it is:

11 thoughts on “Our Personal Experience With “Reality TV”” 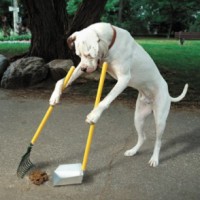