I wrote this back in 2013, after Sandy Hook. I guess it’s time to repost it. Again. If you think nothing can be done about gun violence in America, think again. If you think we shouldn’t politicize this, you have to realize that this is a political problem, with a political solution. Reasonable, responsible legislation is required to address what is a public health/public safety issue. Let’s be adults about this, no?

I’ve been reluctant to weigh in on the recent horrific events in Connecticut because a) many people far more eloquent and informed than myself have already done so, and b) I’m not sure that the constant media barrage these events spawn isn’t counterproductive and ultimately destructive. But my oldest son is 6 years old, around the same age as the twenty children who were brutally murdered, and as I’ve had a few days to reflect on what has happened I find that in addition to being inexpressibly saddened, I’m more than anything else furious.  Absolutely incensed.

I’m angry at every person who has recoiled at any  mention of gun control, who feels that it is their personal, God-and-Constitution-given right to possess pretty much any kind of weapon they like. I’m disgusted with every politician who has fought tooth-and-nail any efforts to impose limits on gun ownership, who blocked an extension of the ban on assault weapons that expired in 2004, a law that was limited at best but at least was a step in the right direction. I’m enraged at every representative of government who’s ever taken a penny from the NRA, at every gun-clutching, testosterone-ridden dickhead who’s ever cheered at the words, “From my cold, dead hands….” I am, if you hadn’t noticed, pretty pissed off.

We have an extremely serious problem in the United States, and it’s one that must be addressed. Mass shootings have become commonplace, so much so that I need not even mention their names, but after each one we shake our heads and do nothing, nothing, nothing to deal with the issue. Even setting aside the murderous rampages which garner so much media attention, the thousands upon thousands of gun deaths each year in the US should be a source of deep shame. No other developed nation even comes close to our rate of gun-related homicide. Not by a long, long shot. Certainly there is a whole range of factors at work here, but the most pervasive, the most obvious, the most in-your-ignorant face factor is the easy accessibility of firearms.

I don’t care what your political persuasion, Democrat, Republican, Independent, Libertarian or undetermined, there is no way you can look at the situation in the United States and not think that meaningful, significant, and sweeping changes must be made. If you insist on your ‘right’ to possess weapons of mass destruction, and what else can you call the 9mm Glock and Sig Sauer handguns and the AR-15-type semi-automatic rifle that tore the bodies of 27 people – and the lives of an entire community – apart, you should be ashamed. How dare you? How dare you, for the sake of the thrill or the fascination of holding a deadly weapon in your hands, potentially let these weapons fall in the hands of people who might use them to kill  a whole lot of innocent people? Children. Six and seven year-old children who were each shot at least 3, and up to 11, times. Look at the faces of these children in family photographs, then imagine their blood and brains spattered across their schoolmates. Is that worth your personal right to carry a firearm? Is your selfishness that unbounded? If you answer yes, well, you need to re-evaluate your priorities.

In an eerie parallel to the Connecticut killings, last week a man in China viciously attacked 22 schoolchildren and an adult. A horrific rampage that left several badly injured, but exactly no one dead. Not one child. Why? The deranged man used a knife – he had no access to a firearm because of China’s tight gun controls.

We know what needs to be done – we have a mountain of evidence right in front of us. After a mass shooting in Tasmania in 1996 Australia banned assault rifles, and the firearm homicide rate fell by 59 percent, and the firearm suicide rate dropped by 65 percent. The UK had had enough after the Dunblane school massacre of 1996, imposed severe restrictions on gun ownership, and subsequently saw a significant reduction in gun-related crime. You want numbers?  31,347 Americans were killed by guns in 2009, while the 2008 figure for the UK was 39. We’ve seen what happens with lax gun laws – lots of people die from getting shot. We can see from other countries (and these examples are just two from many) that strict gun laws keep people from getting shot. It’s pretty simple.

Already there has been a backlash, an outcry, and proposed legislation is in the works. Now, tragically, horrifically, there is an opportunity to actually get something done. Please, please people, do not let this slide. “Thoughts and prayers” are all well and good, but they are no substitute for action. You want to honor the memories of the teachers and children killed in Newtown?

Sign every petition for gun control that comes your way. Contact your congressional representatives, write to your governor. Don’t wring your hands, raise your fists. Picket outside of Ruger and Smith & Wesson, our country’s largest handgun manufacturers. Boycott retail chains that sell guns and ammunition. Push for tighter controls on any gun that couldn’t possibly be used for shooting deer. Start a door-to-door campaign in your neighborhood or community, asking people who have guns to consider turning them in to authorities. Fight with every ounce of parental fury you’ve got, and perhaps you’ll bring about substantive change.

You own guns? Like the city of Baltimore, which just yesterday divested itself of 461 guns in four hours in a buyback program, get rid of a piece of metal that can do nothing, nothing, but thrust at high velocity another piece of metal into something else. Too often, that something else is another person.  In this case, a bunch of small children. Children the same age as my oldest son. Blood and brains splashed on a schoolroom floor. That’s reality. That’s not a video game, and it’s not some virtuous and outdated interpretation of Second Amendment rights. It’s the bloody body of a little girl, a little boy, shot 11 times. 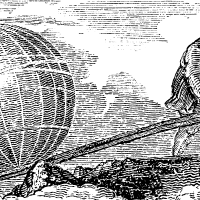 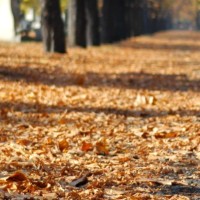 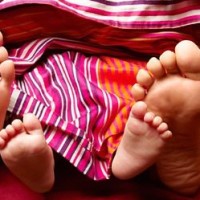