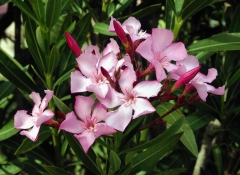 A couple of weeks ago I witnessed an episode of child abuse.

Now you may disagree and yes, the term I’m using is  inflammatory. What I saw comes under no government’s  statutes of mistreatment and may, in fact, be seen as  reasonable and rational child protection by some. Let me  explain.

We were wandering around the seaside town in which we live, and stumbled upon a cafe and playground in the shadow of the stone ramparts of the old medieval city. It was ridiculously picturesque, and we stopped to have a coffee and to let the kids romp. On our way out, as our boys scaled slanted stone walls in dubious safety, I saw another family just leaving.

The parents were occupied with the baby in the stroller, so it was up to the grandmother to save their curious 4 or 5-year old from potentially deadly contagion.

The boy had stopped and was pulling on the leaves of a shrub. An oleander, in fact, purposefully planted and completely non-toxic. The grandmother grabbed the boy and yanked him away. I assumed it was because she didn’t wish him to harm the harmless and clearly defenseless bush. I was wrong.

She called out to the boy’s mother, who immediately dug into her bag and produced a foil-wrapped and hermetically-sealed anti-bacterial wipe, which the grandmother then applied vigorously to the boy’s hands, tsk-tsk-ing the while.

(If, like so many of her litterbug compatriots clearly do, she had thrown the wipe on the ground, I probably would have launched a verbal broadside at the poor woman which would have made the angels weep and truckers blush. Fortunately for both of us, she did not.)

Drop the seed ball and back away, kid

So what did this act of hers plant in the mind of this impressionable child? Leaves are bad. Shrubs are bad. Evil freaking shrubs. Whether city-grown or wild, plants hurt you. The natural world is dirty and dangerous.

The US Department for Children And Families (DCF) defines child abuse as “any act or series of acts of commission or omission by a parent or other caregiver that results in harm, potential for harm, or threat of harm to a child.”

Here is a brief list of some of the potential dangers of NOT engaging in the natural world:

By helping to instill in this young boy a perhaps life-long aversion to nature, was it exposing him to the “potential for harm”? It would seem so. A lot of harm. But was it child abuse?

Well, I must begrudgingly admit, not really. ‘Abuse’ implies malice or at least willful neglect, and I’m sure Grandma bore the boy no malice and she certainly wasn’t being neglectful – on the contrary, she was right there to yank him from the bush and douse him with antibiotics.

Checking out a baby gecko

Now I obviously don’t know the whole story. Perhaps the boy has a deadly allergy to all forms of vegetation. Perhaps he was soon to engage in some particular religious rite which required that his hands be unbefouled by leaf juice. Anything’s possible, I suppose. But what I think is simply that the grandmother, and the mother, felt that shrubbery (and by extension thus all of the natural world) was something dirty and unwholesome that children needed protection from.

I find that problematic. First of all, it’s bullshit. Secondly, as outlined above, being engaged in the natural world is actually incredibly good for you, and disengaging from it holds serious negative consequences. Thirdly, we are currently undergoing climate change and environmental destruction at an unprecedented pace, and it may be up to this boy’s generation to save us all from the devastation that ours and previous generations have wrought. What are the chances that they will succeed if we keep teaching our kids that nature is filthy and fraught with danger? 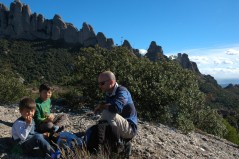 Anyone who has been following this blog for any length of time will know how important I feel it is that we impart a sense of love and stewardship in our children for the natural world, and you may have even read a post or two that outlined this belief.

But lest you think that I’m some kind of long-haired hippie-type pinko treehugger ecoterrorist freak, let me share with you the following anecdote. Last weekend we went hiking and came upon a gaggle of folks in the forest, beating tom-toms, chanting, holding hands and, ultimately, howling like wolves. They didn’t evoke in me a desire to join them in swaying like trees in the wind in order to worship mama Gaia – they just creeped me out. I think they could have better demonstrated their oneness with the great mother goddess by bringing some garbage bags and clearing litter.

But let’s leave these all-natural-fiber-clad folks howling in the wind, and get back to our kids. The hygenically-minded grandmother is, I’m sure, a wonderful lady. And the mother with the bag full of antibiotics? She’s only looking out for what she sees as the best interests of her child. But as I wrote in ‘Let Them Eat Dirt,’ our modern mania for immaculate children is having pernicious health consequences. I would go further, and say that it’s also having unhealthy psychological and societal consequences. 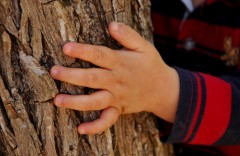 Touching a tree, then touching your face, isn’t, in fact, deadly.

With or without climate change, we’re going to be facing extreme environmental pressures in the decades to come. Even as we’re pumping more carbon dioxide into the atmosphere, we’re losing at an alarming rate the forests that remove and store it (about half a percent per year, or 5% per decade just for tropical forests), and the dead zones at our river deltas are growing, just when we need handy oceanic phyoplankton to convert CO2 into carbohydrates.

Difficult choices will have to be made, economies will have to adapt, and strong leadership will have to emerge. If we teach our children, consciously or unconsciously, that the natural world is a world of dangers and that the only safe place is indoors ensconced in front of a computer screen, where is that going to leave us? If our immediate response to a child touching a leaf is to scour his hands with triclosan, what chance do we have?

We have a chance. Maybe this boy will walk down to the beach, watch the gulls banking into the wind, note the way the crest of a wave catches the sunlight and shatters it into globes of liquid silver, listen to the gurgle and clink of pebbles rolling in the rush of retreating waves and think: The world we live in isn’t dangerous, and it isn’t dirty – unless we make it so. The natural world is gorgeous, wondrous, and worth preserving.

For his sake, and for ours, I sure hope so. 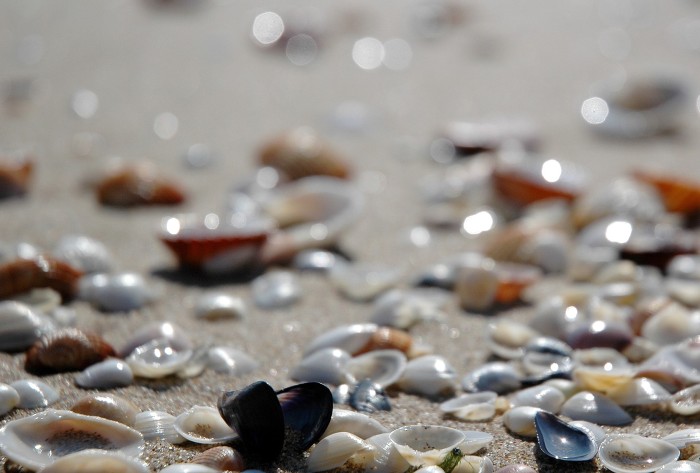 14 thoughts on “Plants, Poisons, and the Future of Life on Earth” 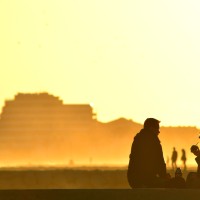