Thirty minutes. A bittersweetly short time for a professional massage. A frustratingly long time to stand in line at the post office. About right for a sex session with the wife (could be longer, but you take what you can get – and do). More time than it takes to make and deliver a  Domino’s pizza. A sweaty, heart-thumping, mind-crushing, excruciatingly long time to not know where your two year-old son is in a public place.

So, about a week ago, in the middle of Budapest, next to a construction site, four clattering tram lines and six lanes of hurtling traffic, I lost my two year-old son. Or more accurately, he lost me.

Now the point of my telling you this is not to confess my sins, expiate my guilt, invite either gentle tsk-tsking or full-throated condemnation. I don’t feel any guilt about it. I’m not a neglectful father or an irresponsible parent. I got unlucky, and what I feel is not shame – it’s relief.

We had been on our way to a local playground that stands adjacent to a large shopping center. Our older son was on one of those kick board scooters, our youngest on a balance bike. He can really cruise on that balance bike. He knows no fear on that thing, and is independent and confident – cocky even. Not that he’s reckless – he always stops and waits for me at crosswalks (we even have a little mnemonic song about waiting for the signal – ‘Green man means go, green man means go, when you see the green man you got to go, go, go, oh don’t you know, green man means go…’) and he would never cross without me, it’s just that he’s fine with getting far ahead. Too far ahead.

There was a corner. Our oldest waited for me, our youngest did not. I hurried on, and we saw the balance bike and the tyke thereon round another corner. When we got there, he was gone. The adrenal glands kick in a bit, but it’s a pedestrian area and we assume he’s gone straight to the playground.

When we get there, he is not. Adrenaline surges slightly but manageably. Maybe he’s just gone inside the mall, so we look there. No sign of him. We go back out. We go back in. We go back out. I open the gate to the playground and tell my six year-old to stay put, do not leave, do not move, do not, oh shit, just stay there, while I go Leonard Nimoy ‘In Search of…’.

Riding the scooter in the mall I’m approached and reproached after twenty seconds by a security guard, who begins to tell me that you’re not allowed to….I interrupt and explain that I’m searching for my son. He’s lost. About yay high. On a red balance bike with cool decals on it. You seen him? Nope, but he gets on his security guard walkie-talkie. Nope, no sign of a toddler yay high on a red balance bike, decals cool, uncool, or even just kind of uhh.

We’re approaching twenty minutes now, and my hypothalamus is spraying hormones like a fireman’s hose at a particularly violent blaze, blood being shunted to my heart, lungs and brain at the expense of my lesser organs. Wide-eyed and clammy-skinned, I grab my older son out of the playground and go back inside, where I ask the security guard to call the police. I find involving the police strangely embarrassing, and I’m shamed by my embarrassment. But it’s time to call in some help, and the television machine has taught me that in these situations the first minutes and hours are critical.

The guard says he’ll make the call, but I’ll have to wait there for their arrival. Call the police I tell him, but I’m going to look for my kid.

I decide to retrace our steps. I take the corner, and another corner. The tram lines are there, and I envision the worst. A crowd of horrified faces standing around a broken body. Seamus Heaney’s ‘Mid-Term Break’ is in my head. “A foot for every year.” My son’s coffin will only have to be about three feet long. I imagine, darkly, the effect my allowing our son to get killed/kidnapped/lost indefinitely will have on my marriage. I envision abduction senarios, forced labor, sexual slavery, organ extraction.

I envision these things, but I don’t believe them. I knew I would find my son, and that he’d be fine. It’s the “I never thought it could happen to me” delusion, and although the people who say that invariably did have it happen to them, we continue to believe it can’t, it won’t. A while back I read that before going on an outing to a busy place parents should take a photo of their children to show the authorities what they look like and are wearing. At the time I thought that incredibly paranoid, another symptom of our current culture of fear. I scoffed. I’m a scoffer. But now I’m not so sure.

It’s been thirty minutes since I last saw my son. If you’ve ever been in the supermarket and looked up from the bin of oranges to find your child gone, you’ll know that thirty seconds is a fairly long time in this situation. Thirty minutes is nearly unthinkable. I’m standing on the corner, shallow breathing and no doubt looking like someone who’s looking for someone, when a man approaches. “Lost a little boy?” he asks. When I nod he motions me inside the local KFC.

Sitting at a table is a rather attractive young lady. Sitting on her lap, drinking juice and chatting her up, is my son. He’s fine. He’s dandy. He’s really enjoying himself. When I get to him he looks up, smiles, says “Daddy!” and holds his arms out for a hug. Relief is too weak a word for what I feel. Like describing a death-row pardon for someone already strapped into the electric chair as ‘satisfying.’ He, on the other hand, is blase about the whole thing, disconcertingly nonchalant, as though losing his family and cruising around on his bike alone for long stretches is something he does every day. That’s good – I wouldn’t want him to have been terrified. That’s bad – I need him to understand the seriousness of the situation so we don’t repeat it.

There’s a denouement. The very next day we’re on a pedestrian area along the Danube. Oldest on his scooter, youngest on his bike. On his bike about 100 meters ahead of me. I grab the scooter once again and chase him down. Remember what I told you yesterday? I ask. About staying close to Daddy, and if you can’t see me nearby you need to stop and stay right where you are? Yes Daddy, I do. Great, so why did you get so far ahead? He shakes his head. I’ll never, ever do that again, he promises, and gives me a hug. I stand up, and he shoots off, turns a corner into a park, and is gone. 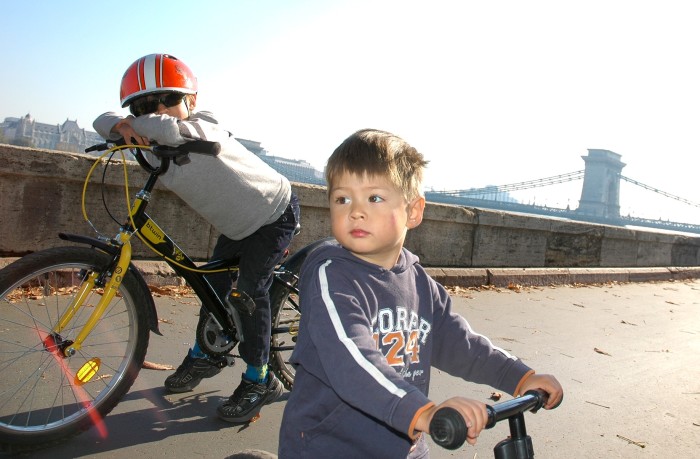 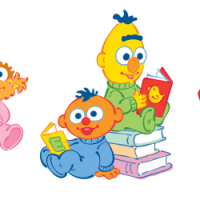 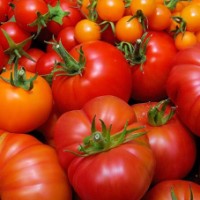