Our only warning is a high-pitched keening noise from the back seat. If we’re lucky – very lucky – we can find a safe shoulder, pull the car off the road, fly out the door and into the back, unbuckle a fiddly five-point harness, and get the kid out the door before he empties his stomach down his shirt, into his lap, and, on those long road trips, onto all the snacks and games we stupidly packed in the space under his legs.

You know how hard it is to unbuckle a child’s car seat when you’re panicky? He’s freaking out, your face is inches from his (you’ve got to lean in close to get those friggin’ things undone), and chunks are bubbling up from below.

Kinetosis sucks, and so does motion sickness, which is the same thing. And since the most common mode of transport most of us experience is car travel, we may as well focus on that.

There are situations when the probability for car sickness is obviously increased – winding, bumpy roads and longer trips, for example. But sometimes it comes out of the blue – we drove all over Ireland on twisting, tortuous country roads and our oldest took it in stride, but on the short straight rides to and from the airport he got sick. He made it to the hotel before hurling on its front steps, and on the return trip he survived the 15-minute ride back to the airport car rental agency before retching in the car right in front of the returns clerk. That little urpp cost us 150€ in cleaning fees. The unexpected can’t be avoided, but there are things to do to lessen the chances of untimely upchucking and mitigate the hassle when it does happen.

Time to bust out the sick bags

1. Avoid large meals prior to travel, as well as acidic drinks such as orange juice, but don’t travel on an empty stomach. Small, frequent snacks are the way to go.

3. Don’t make a big deal of it beforehand. “Now Betsy, we’re going for a long drive on twisting, winding, looping roads that are going to rattle your stomach like an unbalanced washing machine on the spin cycle, so let us know if you’re going to spew bile and half-digested Cheerios all over yourself, ok?” Motion sickness is at least fractionally psychological, so you don’t want to plant those seeds.

4. Motion sickness medicines such as Dramamine and Bonine come in children’s forms, and must be taken prior to travel. Once they’re feeling sick, medicine isn’t going to help.

5. A California company called Three Lollies also puts out something called Queasy Pops (and Preggie Pops for you moms!) that come in Many Fantastic Flavors! I’ve never tried them, but they sound like they’re worth a shot.

6. Pay attention if little Bobby looks sweaty, pale, or limp. He’s gonna blow, so take another break. I know that you just want to get there, Dad, but an optional break before he hurls is better than an obligatory one after.

Before, During, and After the Fact:

Some people are better than others in these situations. Me, I’m more of a liability than an asset. As soon as that stench hits my nose, I’m out the door and puking in the roadside weeds myself. I do try to help as much as I can, but the truth is that I’m fairly useless. Just do what you can, and for God’s sake don’t get mad at the kid.

At times it’s unavoidable, but you can do things to prevent car sickness from marring your trips. And you know what? Kids are remarkably resilient, and bounce back quickly from these incidents. They might blow chunks all the way to the beach, but once they get there, they’re racing around, chucking sand in their brother’s face and asking for lunch. Welcome to traveling with kids. 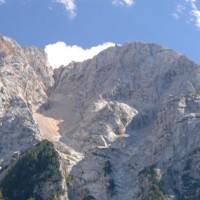 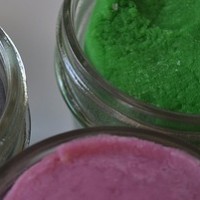